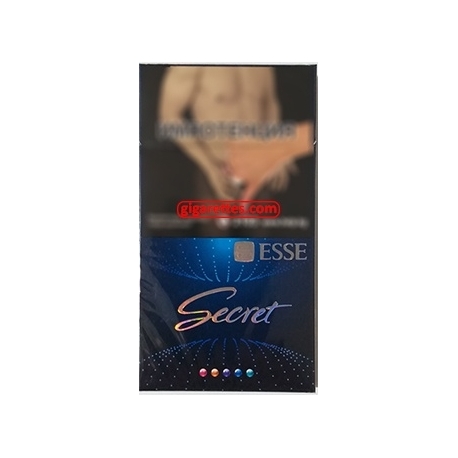 (With 20 filter cigarettes in each pack)

The company KT & G in its products uses the elite types of tobacco from around the world. But most cigarettes are made from their own harvest. Special attention is given to the cultivation of high quality tobacco. The company develops exclusive fertilizers at its plantations, attracts the best specialists of the agricultural industry.

This approach provides a constant two-year supply of high-quality raw materials. Even some larger tobacco manufacturers cannot afford this.

KT & G products are known all over the world since the last century, the diversity of the range is surprising. The most successful of the brands produced is definitely Esse. Initially, there were only few basic types of Esse:

The Esse family is famous for having its own characteristic features that help distinguish the brand from other manufacturers. Features include all the features of a classic tobacco product:

Far from many manufacturers of tobacco products Esse indicates the amount of nicotine on a pack with an accuracy of two decimal places. The Korean company strictly adheres to such accuracy.

Making a pack involves applying shell pieces of different colours, after which a thin layer of varnish is applied. On the outer part, as on the inner foil, a holographic stamping is used. The original image of the flowers in the bundle pattern is modified by coloured smoke.

The shape of cigarettes is longer than the regular king size types. Brand Esse Golden Leaf is known as the thinnest cigarette in the world. They are exported to many countries. In order to distinguish, on the filter there is a drawing with an inscription.

The main indicators of the strength of cigarettes - the content of nicotine and tar. In the Esse family, these components are minimized. This emphasizes belonging to tobacco products for women. The range of nicotine levels is 0.25-0.65 mg. Tar content may be in the range of 2.5-7 mg.

Korea Tomorrow & Global constantly tries to create not only new types of tobacco products of the “Esse” family, but also to improve and diversify their quality. Recognized world leaders may envy the intensity of expansion of the sphere of influence of the Korean company in the tobacco market. It seems that Esse products will no longer be limited to the women market. For example, some released flavours (Black, Golden Leaf) are quite targeted to men audience.

Major manufacturers constantly collect statistical information about the buyers of their products. Without this, it is impossible to retain the leading position in the market. It is known that the biggest part of Esse brand consumers is young people. The tastes of youth are usually changeable.

Esse Secret contains capsule with secret. You never know which of flavors is inside your cigarette capsule until you crack it. You can get one of the 5 flavors: Menthol, Pine, Grape, Tropic and Lime.

7 other products in the same category: